Speciale ASI in inglese. Yemenis and death are twins ..A cry of distress and the pain of the Yemeni people who responds to them

21 million Yemenis face slow death with empty stomachs and sick bodies... - More than two and a half million girls missed the marriage train

Yemenis are facing political and security instability (very poor economic, health and food conditions), resulting in high mortality and loss of chronic disease medicines needed for surgical operations. The disaster is exacerbated by the inability of aid agencies and aid to reach the victims.

The provision of treatment, medical care and surgical operations are essential to human life, but in Yemen it is a very complex and risky process that is a threat to millions who have been sentenced to slow death. They are therefore in dire need of immediate humanitarian assistance to save their lives in order to stop the loss of life and the death of the wounded, who are inaccessible to hospitals in a timely manner, in addition to the great loss of human life,

The wounded and the sick are afraid to move out of fear of being caught in the crossfire, medium or heavy weapons, and there is a danger of walking over the mines, or of turning to direct targets for fighters who are hunting, plundering and looting in the face of human inhumanity and dealing humanely with human beings. And that humanity is a systematic methodology taught by Muslim leaders during Islamic conquests.

Children are on the edge of death in the rough valleys, hunger, thirst and exhaustion, as well as the difficulty of the existence of a mode of transport, fuel is scarce and fear of being exposed as a moving target. This is in itself a collective punishment imposed by the prevailing conditions in the country. International humanitarian law, which guarantees the protection of civilians, is not recognized, [[that civilians should have access to the necessary medical care, respect and protection of medical facilities and personnel, ambulances and rapid humanitarian assistance without any obstacles, the establishment of mobile field hospitals in safe areas, and the delivery of food and medicine by air if it can not be reached by road to areas that are difficult to reach.]]. It also demands that there be a distinction between civilians and combatants from the parties to the conflict, that attacks should not be directed at (civilians) and that patients and wounded should have access to the necessary health care.

The suffering experienced by the Yemeni people has reached a disaster, diseases have spread among the population and tearing them. Hospitals are empty on their thrones, and the workers are unable toto absorb the patients and provide the most basic medical care requirements for them. The shortage is severe in medicines and almost missing, especially that of chronic diseases. Medical supplies

are consumed, medical devices are disrupted, a severe shortage of doctors and nursing staff. And the foreign medical staff as they could not carry out their humanitarian mission left the country, and their Yemeni counterparts left their work and moved to safer places, because hospitals and health facilities are no longer a safe place. Because hospitals and health facilities are no longer a safe place, so they are completely paralyzed, and those with serious injuries are unable to receive treatment abroad, causing their suffering to be worse. Many of them died in the operating rooms and dialysis centers. The medical sector and its personnel have been subjected to serious violations (murder, mutilation, arrest and harassment) and work at gunpoint....The seizure, confiscation and forcible entry of ambulances and the arrest of the wounded. Added to all the above is the disaster of disasters(the continued power outages and the scarcity of oil derivatives), which complicates the crisis and exacerbates it, and continues to warn of the continuation of the humanitarian catastrophe.

Moreover, air, land and sea ports have stopped the arrival of food supplies,medical assistance, and the import and export movements (goods) to and from it as a result of the imposition of the embargo to prevent the reduction of (arms smuggling).

In such cases, only aircraft and vessels belonging to humanitarian organizations and the United Nations are allowed to transport medical, relief and logistical supplies (food, medical and relief supplies are suspended).... As a result, all parties must facilitate their access without delay.

All international organizations must act swiftly and ensure that the necessary assistance is provided to citizens in order to stop and limit the advance of the humanitarian disaster.. And the delivery of humanitarian aid, if not moved, all the countries of the world will be responsible morally, literary and humanitarian for what is happening to the Yemeni people.

It is not acceptable to die of hunger and to remain critical medical conditions in the town, despite the need to transfer them for treatment both outside and inside. The suffering is experienced by more than 21 million Yemenis, who struggle to survive in a bitter conflict.They (dead but alive), are looking for something that keeps them alive. Perhaps there is a glimmer of hope looming in the distance, saving them from what they are in. Their lives have been destroyed, their humanity has been shattered and their families have been displaced, killed, separated from each other and stranded.

With the United Nations warning that one third of the governorates of Yemen (22), ie (seven provinces) on the brink of starvation, and 60% of the country's war-ravaged population are starving

WFP [World Food Program] however, provides food to about seven million people a month, but under the control of the militias on the main outlets leading to the civilian casualties, it limits the access of aid to them. For this, Yemen is witnessing a major deterioration in its food security due to the escalation of the war.

More than 10 million children suffer from acute malnutrition, putting them at risk of death if they did not receive prompt and effective treatment, and that the number could be much higher, and that they are in dire need of the most vulnerable humanitarian assistance.. Pregnant women, most affected

during childbirth or complications of pregnancy, where they go??About 80% of the population needs humanitarian assistance. There is no longer any security and safety. Others are afraid to lose their lives from sniper shots, which they take as human shields.

At every moment, the horror of survival is renewed. It is an obsession for each of them. Death is tomorrow accompanied by their shadow, people are unable to secure their basic needs, the situation is hopeless, and the disadvantages that emerged in the case of sending aid are being confiscated before their arrival affected and sold on the black market.

War merchants who hide food from the markets also emerged. They have a role in rising prices under the pretext of (war) in the country, and they can not import goods from abroad.

Thousands of Yemenis live the world's greatest human tragedy (in silent silence) because of malnutrition, chronic diseases, direct and indirect injuries, lack of medicine, hospital discharge from the labor force, and millions of internally displaced people forced to flee their homes and live in poor conditions that lack the simplest elements of life.Sanitation and basic necessities such as mattresses, blankets and cooking utensils are not available, and seven million people do not receive the meal.

More than three million people, including 2 million and 100,000 children suffering from acute malnutrition and two million children (outside education) are of school age and this will create an illiterate generation that deprives them of jobs, creativity and excellence.

Eight million children die daily from the loss of medicine and the spread of deadly diseases. Ten million children need health care, and if any, it is very expensive... Most families live in total darkness, insufficient food and water supplies. Whatever humanitarian and medical assistance they

are provided, they will not meet the most basic needs to stop famine and disease,so there must be medical teams working to provide immediate and permanent, independent assistance to reduce the specter of disease.

In the past, the slogan of " get out" in midst of hunger and disease has become a song, sang for the rich in the past and the present, and today they are victims of poverty and disease, facing the threat of starvation, and in the past, they sell everything they have to treat diseases. This was accompanied by shortages of food, water and paved roads and they became victims of what was happening on their land.

Young girls missed "Marriage train". An international report showed that Yemen ranks ninth in the Arab world with 30% of girls' non-married which is more than two and a half million girls.

The numbers have increased since the coup against the legitimate authority, which has led to the deterioration of economic and living conditions. Where a large segment of Yemeni women, especially women activists, and those involved in public life, or educated universities suffer of this problem because of the lack of self-confidence, anxiety, tension, depression and the difficulty of choice. All are factors contributed by the current events.

It is the highest in maternal mortality, food shortages, malnutrition, deteriorating health care and the collapse of protection mechanisms. Women and girls are subjected to violence, increased incidence of rape, domestic violence, forced marriage, child marriage, physical and psychological abuse and psychological trauma.

Yemen (the martyr and the wounded and its patient people) has nothing but patience against (hunger, death and disease). (they have been abandoned by humanity, they have only to live on the ruins of the old time that was named (Happy Yemen). They wrote it today on their bodies and their graves ((the martyrs of hunger, disease and poverty) "And they said to humanity's pretenders," Come on, sing about us. "No, hunger knocks us ... and your words do not make us happy...Your silence does not give us back rehabilitationof what we have lost.

The United Nations has recognized Yemen as a poor Arab country.... That famine threatens millions of people and noted that it is the biggest food security emergency in the world, and that it does not have sufficient food to support the increase required to ensure that it can prevent famine or from being avoided,which means people will die.) who did not die of hunger , dies from other causes.. (many causes and one death)....

Yemenis are still living in the war of empty stomachs and deadly diseases that have spread among them, accompanied by a decline in the level of per capita income, lack of Arabism and pride.

This is a loud cry of distress from Yemenis who are starving not from the lack of rain and drought, but from man-made, where the Yemenis live on 90% of imported food.

Therefore, charitable and humanitarian organizations are required to move immediately and in all directions to stop the Yemeni people being starved. And work to collect aid and deliver food, medicine and others to them to stop the slow death.

Yemen is the most miserable among 155 countries, including the fifth annual World Happiness Report 2017 according to a UN report.

Photo: The Old City of Sana'a on after suffering aerial bombardment .jpg" by Akram Al-Gaolahi 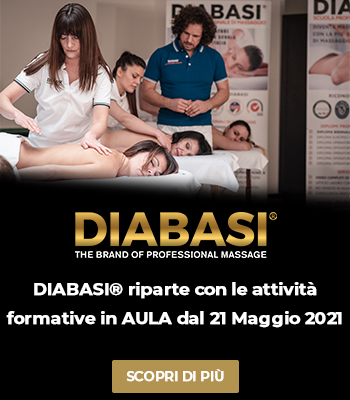 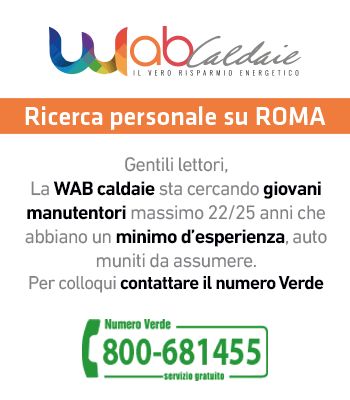